Creeped Out in the Womb and Toxic Environment … Prenatal Irritation/Revulsion and Connections to Touch, Sexual Abuse, and Boys’ “Creepy” Behavior: Kaleidoscope of Postmodern Life, Part Twenty-One 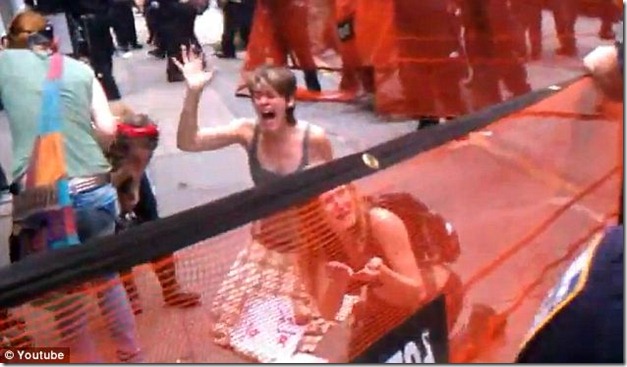 The fourth part of late gestation formative experiences and the third part of fetal malnutrition is what I’m calling Irritation…Revulsion. It is about a toxic environment in the womb. To review, back then inside our mothers,

2. We felt we weren’t getting enough air—deprivation.

3. We felt what we got was poisonous—“bad blood.” 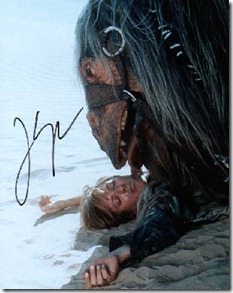 Now in this fourth part, we feel the environment around us is toxic. It is about ickiness, irritation, disgust, feeling dirty, burning, uncleanness,

yuckiness, filthiness…as teens like to say, “creepy,” and “ewww!” It is all about the surface of the body in this complex, not about what we are taking inside us (bad blood, disgust) or not getting to take inside (deprivation).

And it is not about being pressed in from the outside…crowdedness…but about irritation and burning on the surface of the skin. 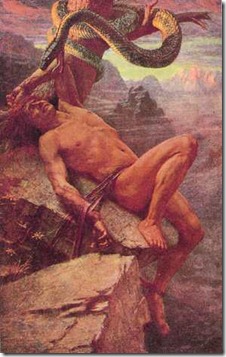 Returning to ancient mythology, we have a pretty good description of it in a Norse myth–the one about Loki–which is said to be one parallel to the Prometheus myth discussed at length earlier. In this one,

The god Loki (often associated with fire) was bound to a rock. Above him is a large serpent which drips toxic venom upon him.

His wife collects the poison in a bowl, but must empty it every time it gets full. As she is in the process of doing this, the snake proceeds to cover Loki in poison. Just as Prometheus gets his liver eaten only to have it grow back again, Loki is temporarily saved from venom only to have it drip on him once more.

So in this aspect of late gestation experience, what you perceive around you is a poisonous environment that you feel wants to diminish your purity of self, your integrity, and ultimately would lead to your death.

This threatening environment has a characteristic of filling up increasingly with toxins, bad blood. As in the Loki myth, the wife (the mother, placenta) 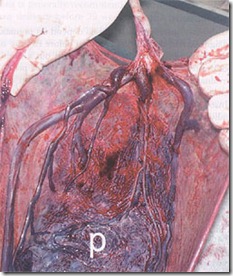 collects the poison (waste matter not efficiently removed) in a bowl (womb, placental surround), but must empty it every time it gets full (waste material removed). We have around us something that is building up which is polluting (sinful) and will drag us down (put us in hell), take away our “morality,” our “purity,” our “innocence.”

The reason this happens is that the reduced blood flow in the womb means there is a buildup—slight, but noticeable to a fetus—of toxins. They are not taken away as efficiently through the veins.

There is also the factor of an aging placenta. There is a feeling of skin irritation and/or slight

burning. There is a sense, for the fetus, of its world not being as vibrant and alive as earlier. Systems are no longer accelerating or peaking, as was the case for the entirety of one’s life previous to that—earlier womb life—but are leveling off. And if one is a delayed birth, as I was, one can sense a breaking down of the systems…an entropy that is frightening. 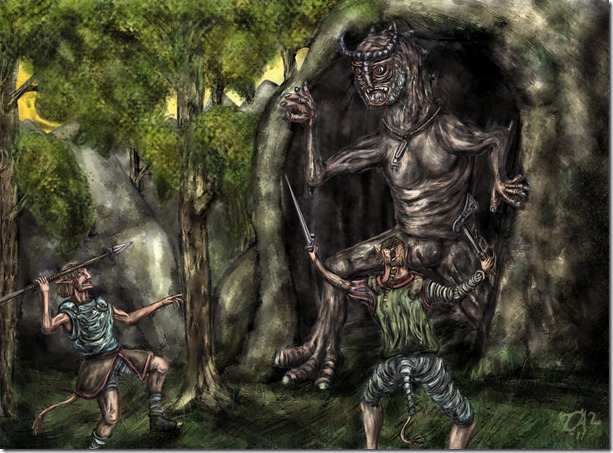 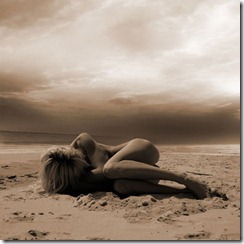 This sort of early experience focused on the skin surface should be compared with that which Ashley Montagu has written about in great detail. 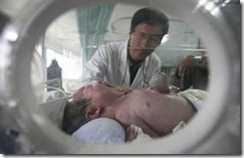 He would no doubt argue that skin trauma is related to a deprivation of contact after birth. He has shown how we have as much need for contact and touch as we do for any of our other biological needs, and it is certainly more fundamental than sex. 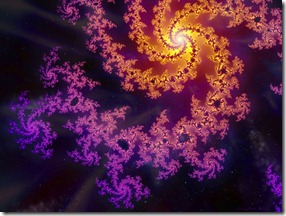 However, I would argue that the trauma I am talking about is very similar, but it is an earlier fractal. 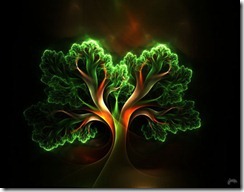 And just as before we saw how there is trauma from not getting enough resources (oxygen deprivation, emotional deprivation)

but also from getting plenty but of the wrong kind (bad blood, child abuse), 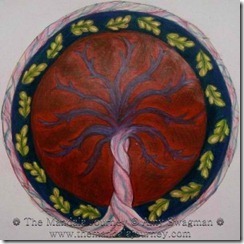 so also the skin trauma Montagu is mostly talking about is deprivation of contact, whereas what I’m referring to is about trauma from stimulation of the skin in an unpleasant way.

Sugar and Spice … Snips and Snails 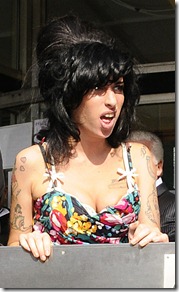 A later fractal of it would be the skin being touched, but in an unpleasant or revolting way…as they say, “Ewww … Don’t touch me with that … That’s gross! That’s creepy.” Pre-adolescent boys get a lot of amusement out of provoking and playing with these feelings in young girls…as at the same time they are

working out their own similar feelings but in a counterphobic way.

This common, perhaps universal, behavior is a way that societies have evolved of dealing with these feelings so as to 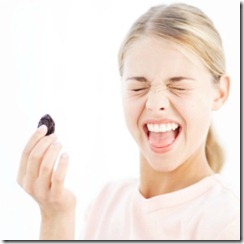 be able to propagate the species. For, obviously, if we

acted out of us these feelings as adults, no one would want to have sex or pretty much have anything but ungloved contact with the physicality or biology of others…we would have no doctors or biologists! 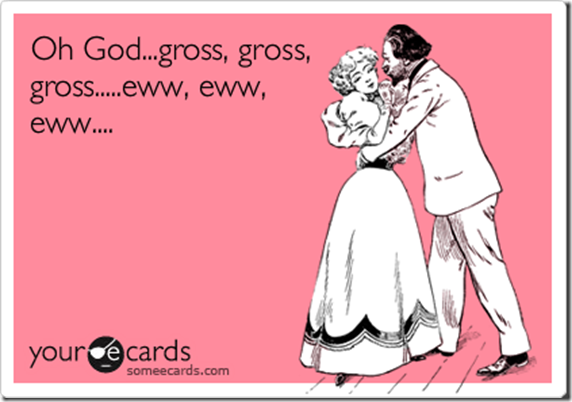 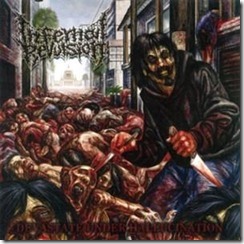 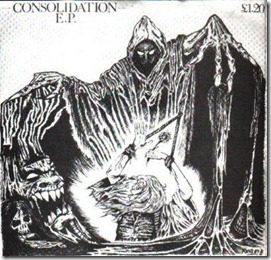 n this fractal goes beyond unpleasant—creepy—contact to touch that is administered in an aggressive or assaultive way, we have rape and sexual abuse. These kinds of assaults and abuse have roots in this early experience of the prenate; they can occur out of the fact that an individual’s experience of this aspect of gestation was traumatic…along with other contributing factors, of course.

Granted that this feeling constellation is not just about the surface of the skin.

Irritation can be focused just there, but revulsion is more than that. It is just that the surface of the skin is the primary sense being stimulated to set off the entire feeling complex of being creeped out in the womb, revolted. In saying that, I don’t want to discount the sense of dis-ease or 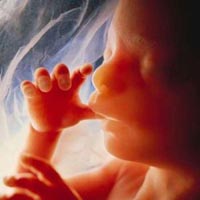 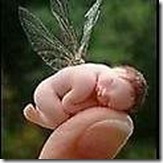 experiences in general, for there is the feeling awareness that this situation is different from, is a deterioration of, the “golden age” of well-being and exquisite functioning of systems that was experienced earlier in (womb) life. 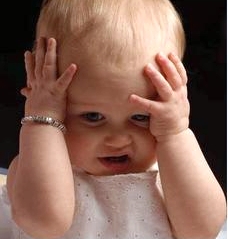 So we know what it is … this irritation, revulsion complex. Now let us look at the ways we act out these traumas and the kinds of thoughts and behaviors arising from these imprints in the womb. In 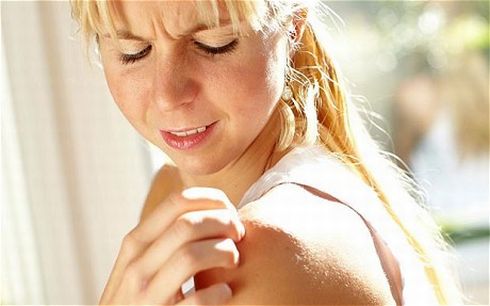 the next sections, we look at some uniquely human cultural behaviors—tattooing, body piercing and adornments, and sun bathing. Following that we unravel how we act out these imprints in dire and major ways in our political and environmental attitudes and actions.

Continue with The Itch We Cannot Scratch … Imprinted to Tattoo, Body Pierce, and Sun-Bathe in Prenatal Irritation/Revulsion. 21st Century and Its Discontents, Part 22 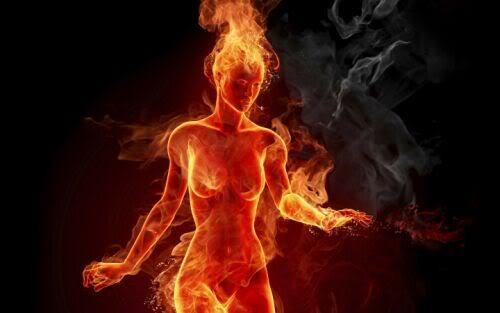 Return to “We Don’t Want Your Kind Around Here!” … Acting Out Prenatal Feelings of Sickening—“Bad Blood”—in Racism, Xenophobia, Elitism, Homophobia… and Medicine: 21st Century and Its Discontents, Part 20