Archetypes, Philosophy, and the Devolutional Theory of Consciousness and Spiritual Awareness: The Template for All You Believe Was Written in the Womb 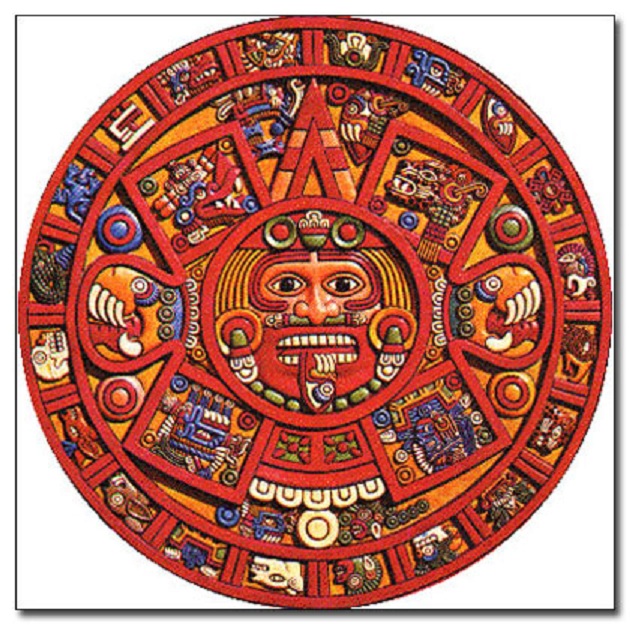 Everything You “Know” About Religion You Learned as a Fetus: We Are a Fever, Part Three — Later Prenatal Psychology Theorists — Breathwork, Myth, and Consciousness

Francis Mott — Conception and Gestational Basis of Myth, Archetype, all Patterns of Macrocosmic and Microcosmic Realities and the Nature of Reality, Devolutional Model of Development

Francis Mott’s work is less well known even by this field’s standards, yet it is undeniably impressive. Mott’s (1960, 1964) major contribution lies in his focusing on basic patterns of mind and cosmos that correlate with prenatal feelings and states. He traced consciousness back to events around conception and saw these events as instituting patterns affecting all later experience and conceptual constructions. Through dream analysis he elicited these “configurations,” and he demonstrated their manifestation as seemingly universal archetypes in myths and universal human assumptions about the nature of reality. In fact, through his study of womb and conception patterns he claimed to have discovered patterns that underlie and unite all of reality at all levels of manifestation—astronomical, social, personal, cellular, and even nuclear. While this may seem rather grandiose, his work was highly regarded and admired by Carl Jung. 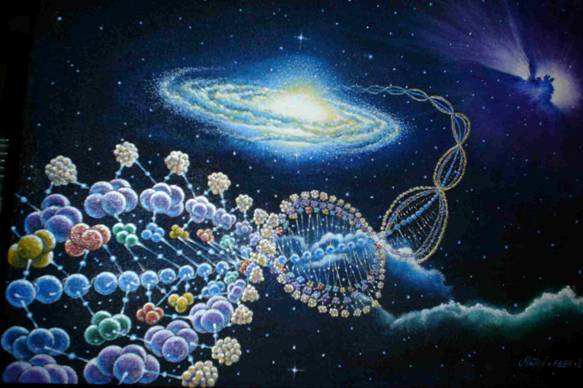 Mott also carried forward the intimations of earlier prenatal theoreticians, notably Rank and Fodor, on the gestational basis of archetypes. While he does not address or seek to discredit the range of, supposedly genetic, archetypes postulated by Jung, his work is highly suggestive of an experiential, specifically, pre- and perinatal, as opposed to genetic basis for many of these.

Mott (1960) also helped us to understand why if these prenatal memories are possible they are not more prevalent by suggesting denial is necessary in order to protect against incestuous feelings that might arise around feelings remembered from being inside one’s mother.

Finally, he made the postulation—hugely relevant to the theme of this work—that our original expanded capacity to feel is diminished, as he says, “divided,” by experience not increased by it. The idea is that there is a reduction in awareness as a result of early traumatic events, beginning around conception and then on, and not the buildup of consciousness and feeling that we assume from the mechanistic paradigm that sees consciousness as a byproduct of increasing physical, specifically brain, activity during our early years. (See, for example, The Doors of Perception: Each of Us Is Potentially Mind At Large… When Perception Is Cleansed, All Kinds of Nonordinary Things Happen and Occupy Science … A Call for a Scientific Awakening: In Tossing Away Our Species Blinders, We Approach a Truth Far Beyond Science.)

A pioneer in this prenatal area is Stanislav Grof (1976, 1980, 1985, 1990, to name a few). His many works, providing a framework for conceptualizing perinatal and transpersonal experiences, are a profound and useful starting point for an investigation into this area.

In his use of LSD beginning in 1956 for psychotherapy, called psycholytic therapy, he discovered four levels of experience of the unconscious: the sensory, the biographical, the perinatal, and the transpersonal. He noted a tendency for growth and healing to occur in a progressive way through these levels. The sensory band is the level of expanded sensory awareness and is usually initially encountered by participants. The biographical band is the realm of the personal unconscious wherein unintegrated and traumatic memories and material from childhood and one’s personal history are retrieved, often relived, and integrated. The perinatal level of experience usually follows after dealing with the biographical material and involves the remembering, re-experiencing, and integrating of material that is related to the time prior to and surrounding birth. The transpersonal band, the level of spiritual experience, is usually reached after dealing with the other three levels.

He discovered that experiences at all levels of the unconscious often group themselves in four general ways that are roughly related to the four stages of birth. Thus, Basic Perinatal Matrix I (BPM I) is related to the generally blissful or “oceanic” feelings that often characterize the fetus’s state in the womb in early and middle pregnancy. BPM II is characterized by “no exit,” hellish feelings that are related to the situation of the fetus in late pregnancy when the confines of the womb become ever more apparent but there is as yet no indication of any possibility of relief. BPM III relates to the birth process itself, the birth struggle, which is still characterized by feelings of compression and suffering but in which there is movement and change and thus hope of relief through struggle. If BPM II can be compared to hell, where there is no hope, BPM III is more like purgatory. Finally, BPM IV relates to the actual entry into the world, the termination of the birthing process, and is characterized by feelings of triumph, relief, and high, even manic, elation.

Because of their importance in understanding all else that follows in this work, I will return to provide a much more detailed elaboration of these matrices shortly, and it will in turn be further expanded upon in the chapters following.

In his descriptions of the levels of experience and the matrices of perinatal experience, Grof has provided useful maps of the unconscious and experience in nonordinary states, which have incredible heuristic value in our understanding of cross-cultural religious and spiritual experience, psychopathology, personal growth, and consciousness and personality in general.

And they have been utilized successfully in providing a context and guide for many tens of thousands of participants in his psycholytic and holotropic therapies.

However, while Grof is exhaustive in his descriptions of fetal and perinatal experience, he says less about the earlier experiences in the womb—the first trimester—and even less about conception and the experiences of sperm and egg—what is known as cellular consciousness. Still, this area is beginning to be discussed among his followers. And through his current nondrug modality, called holotropic breathwork, people are accessing these areas and beginning to give word to them (e.g., Carter, 1993). 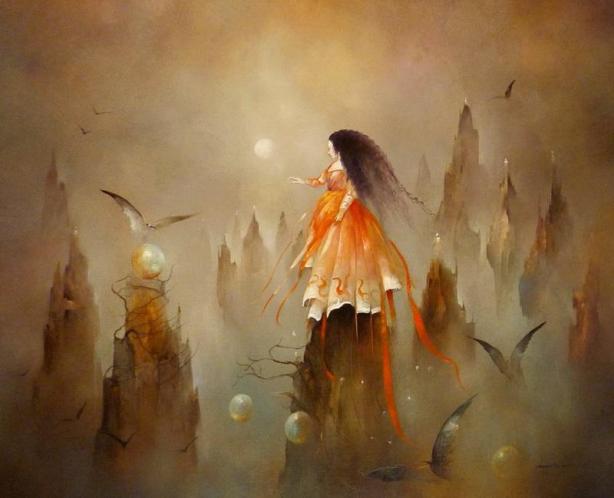 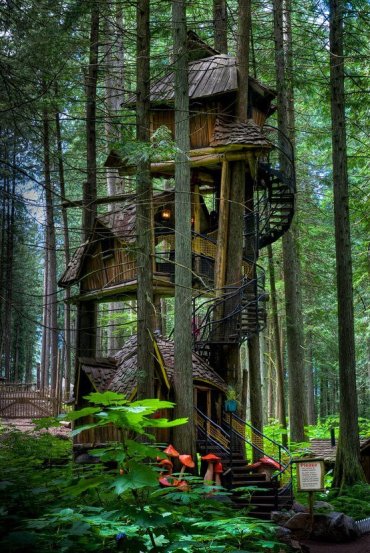 Frank Lake, though less well-known again, has probably been the premier theoretician on the topic of prenatal events during the first three months of gestation. Just prior to his death in the early eighties, he wrote a culmination of his thirty-year investigation into pre- and perinatal influence in two works titled Tight Corners in Pastoral Counselling and The First Trimester. In these works he goes beyond his other works (for example, 1966) in placing the roots of all later experience, and in particular, distress, at the first three months of physical existence.

Lake began his investigation of re-experience in 1954. Like Stanislav Grof, he did this using LSD, initially, in the psycholytic therapy that was being developed at that time to facilitate therapeutic abreaction. Later he, again like Grof, developed a nondrug modality to accomplish the same thing. 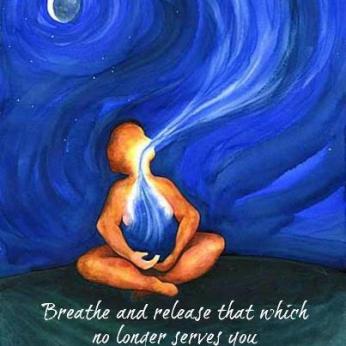 His method of “primal therapy” employed a type of fast breathing—again, like Grof’s later technique—to access theta-wave brain levels, which are levels of consciousness that he saw as crucial to accessing and integrating these memories.

His thirty-year research led him to the realization of the importance of ever earlier experience. Thus his earlier stress on the importance of birth gave way to his later emphasis on the first trimester in 1981 (Tight Corners in Pastoral Counselling) and in 1982 (The First Trimester).

He stressed the maternal-fetal distress syndrome, beginning at around implantation, as a major time of trauma. He also described a blastocystic stage of relative bliss just prior to that.

His one other major disagreement with Grof was his belief that the mythological and symbolical elements described by Grof were a product of LSD and that the first trimester events were the actual roots of much of such symbolism and supposed transpersonal/mythological scenarios (1981, p. 35). 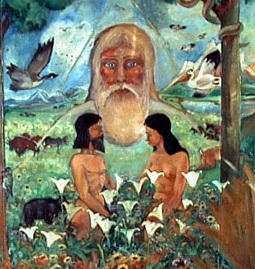 While not strictly a pre- and perinatal psychologist, I include this too little-known theoretician and criminologist because of the close relationship and influence his work has had upon my own work regarding the Falls from Grace. Falls from Grace and other devolutional models of consciousness postulate that during life and over time, beginning at conception, we actually are reduced in consciousness and awareness, not increased in it, and it corresponds to a “brain as reducing valve” theory of consciousness. (Again, See The Doors of Perception and Occupy Science.)

While I initially constructed and wrote down my devolutional theory of consciousness—Falls from Grace—without the benefit of Shoham’s work, upon discovering it I could not help but be both confirmed and reinspired by the astounding resonance his understanding has with my own.

Shoham (1979, 1990) starts his devolutional model in the womb and carries it through birth, weaning, and the oedipal periods of development. Though I disagree with his model by beginning mine at the creation of sperm and egg—as does other devolutional theorists like Francis Mott and David Wasdell—in virtually all other major instances his model corresponds to my own if one simply … in keeping with a normal trend in child development in general as it begins to integrate the new pre- and perinatal evidence … places everything back a little farther in time—in this case, specifically, one stage back.

Continue with The First Trimester, Cellular Memory and Conception, and Foundations of Myth and Personality: Your View of the World Was Stamped on You When You Were Just a Cell

Return to We Are a Fever, Part Two — The Evidence That Life’s Blueprint Is Written at Birth: Prenatal and Perinatal Psychology Overview — Early Theorists, Psychoanalysis, and Birth

1 Response to Archetypes, Philosophy, and the Devolutional Theory of Consciousness and Spiritual Awareness: The Template for All You Believe Was Written in the Womb